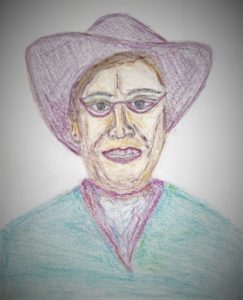 Welcome to Rainbows at the Crossroads. I am Katarina  Dunbar. I will be one of narrators on this journey.

I often use  the shorter forms of my name–Kit,  Kat or Katie–since Katarina is a little too exotic for most Americans. Still, sometimes it is much more appropriate. I turned seventy years old in 2017 which means I have lived for seven decades–ones of rapid change. I find my knowledge increasingly relevant.

Over decades I recorded in journals my perceptions  when they were happening. Now I have taken to reviewing these journal entries, contrasting these “eye-witness” accounts with my memories.

Is there some Universal Intelligence calling the shots?

How did “free will” fit in?

These concerns underlie Rainbows at the Crossroads. My investigative nature (which I call Lily Greenwood) rules as I am constantly fascinated by the “what, why, who, when and where questions.” 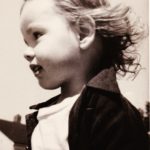 I was born right after World War Two,  one of the earliest baby boomers. My family lived in Veteran’s housing until 1952 when we moved to a suburb of Cleveland, Ohio called Appletown when I was four years old .  A major turning point for both me and my parents. I graduated from high school in 1965.

The shifting sands of the 1950s and 1960s changed the direction of  so many lives, mine included.

From time to time, I will share with you my personal insights about these formative years for me and for our society, as well as what I have discovered about a wide ranging set of concerns.

I spent my adult years in California, being drawn by the Summer of Love and the Ocean. 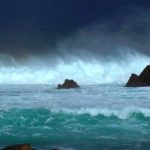 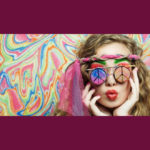 What I discovered was so much more. Dancing on the Edge of the World contains multiple perspectives on this American icon believed by some to have been named after the goddess Calafia, as I and others who have been my companions and acquaintances have experienced Her.

I also find the lives my parents, Steven and Dorothy, lived as poignant. Born in the decade that was best known for World War One. they will each tell you about themselves.

My mother Dorothy documented much of what she was feeling in 1936 through 1945, the years after she attended college and when she was becoming a psychiatrist. A series of letters exchanged between she and my father Steven written during the first few months of their relationship shed considerable  light on who they were. 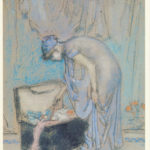 I found these in a trunk when I revisited the home where I grew up when my dad, Steven, was dying. I include the details from these in Birthday Club Wisdom.

Both Dorothy and Steven were keenly aware of the social realities in which they lived, reading  influential books. The ideas expressed in these were woven into their passionate letters. Of course, these statements mean a lot to me personally.

This correspondence reveals quite a bit about the choices made by previous generations and how these influence contemporary circumstances.

During my adult life I have become a fiesty feminist and an advocate of the Female Divine in her many forms across cultures.

During the Roundtables you will hear from many other fascinating people I have been lucky enough to encounter. Conversations with Dale Sheridan, my co-narrator, have been so helpful to both of us over these many turbulent and fascinating years we have replicated some key ones for you.

It is my hope that as you navigate through this treasure trove of meanderings, you will recall your own special encounters with others and uncover jewels from your past and seeds for your future.

Click here to learn more details of my biography.