There are varied groups of people who relate to a rainbow as a cherished image, a defining symbol, a protective icon. They are different constituencies who attribute their particular connotations to this phenomenon.

Chick here to learn more about what rainbows are from these varied perspectives, including a brief scientific description of what makes rainbows come and go.

Topics like rainbows, hummingbirds and unicorns are touched upon for those of us who believe in mythical creatures as real. 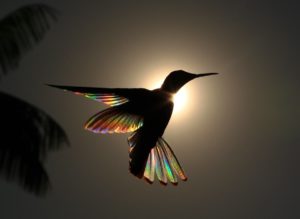 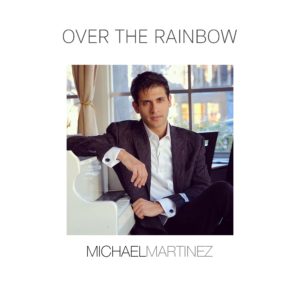 Note: The photo in the banner is of a Rainbow in Pacific Grove, Ca. photographed by Bob Pacelli

“Over The Rainbow” lyrics

If happy little bluebirds fly
Beyond the rainbow
Why, oh, why can’t I?

The ballad “Over the Rainbow” was written in 1939 for the movie “The Wizard of Oz” by Harold Arlen (music) and by Yip Harburg (lyrics).

The movie’s music video features Judy Garland looking for “some place where there isn’t any trouble” with her dog Toto.

After the movie was released, the ballad became one of the most successful songs of all time. (Number one on the “Songs of the Century” list by the Recording Industry Association of America).

According to Judy Garland’s letter: “‘Over the Rainbow’ has become part of my life. It’s so symbolic of everybody’s dreams and wishes that I’m sure that’s why some people get tears in their eyes when they hear it.”

In World War II American troops used “Over the Rainbow” as a symbol for the US.

Someday I’ll wish upon a star
Wake up where the clouds are far behind me
Where trouble melts like lemon drops
High above the chimney top
That’s where you’ll find me, oh

Somewhere over the rainbow, blue birds fly
Birds fly over the rainbow
Oh why, oh why can’t I? I
I see trees of green and red roses too
I’ll watch then bloom just for me and you
And I think to myself
Oh, what a wonderful world

I see skies of blue, clouds of white
The brightness of day, the dark, say goodnight
And I think to myself
Oh, what a wonderful world

The colors of the rainbow so pretty in the sky
Are also on the faces of people passing by
I see friends shakin’ hands saying, “How’s it? How you?”
They’re really saying, “I love you”